The price of gold is always consistently high and our planet is very rich in gold.

It is found on all continents of the Earth, and even, according to scientists, constantly accompanies us as a environment component.

It melts at a temperature of 1,064.43 ° Celsius and is capable of conducting heat and electricity. Also, gold never rusts. 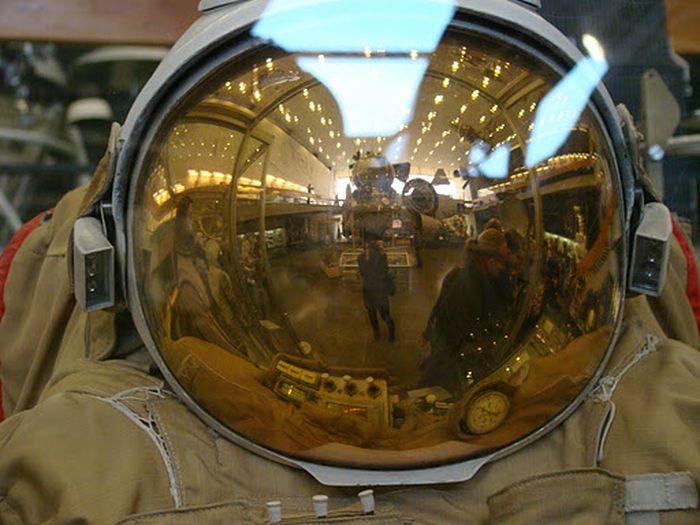 Gold is a full-fledged space material.
Gold foil is used for the aircraft protection from overheating. And a thin layer of gold covers the filters of the astronauts helmet. Gold protects human vision from bright sunlight better than any other materials!

High reflectivity of gold finds application in the auto industry.

The most expensive serial cars with engines of extra-power are, sometimes, equipped with panels, lined with gold. The precious coating reflects the heat of the overheated motor, which helps maintain the body parts strength . 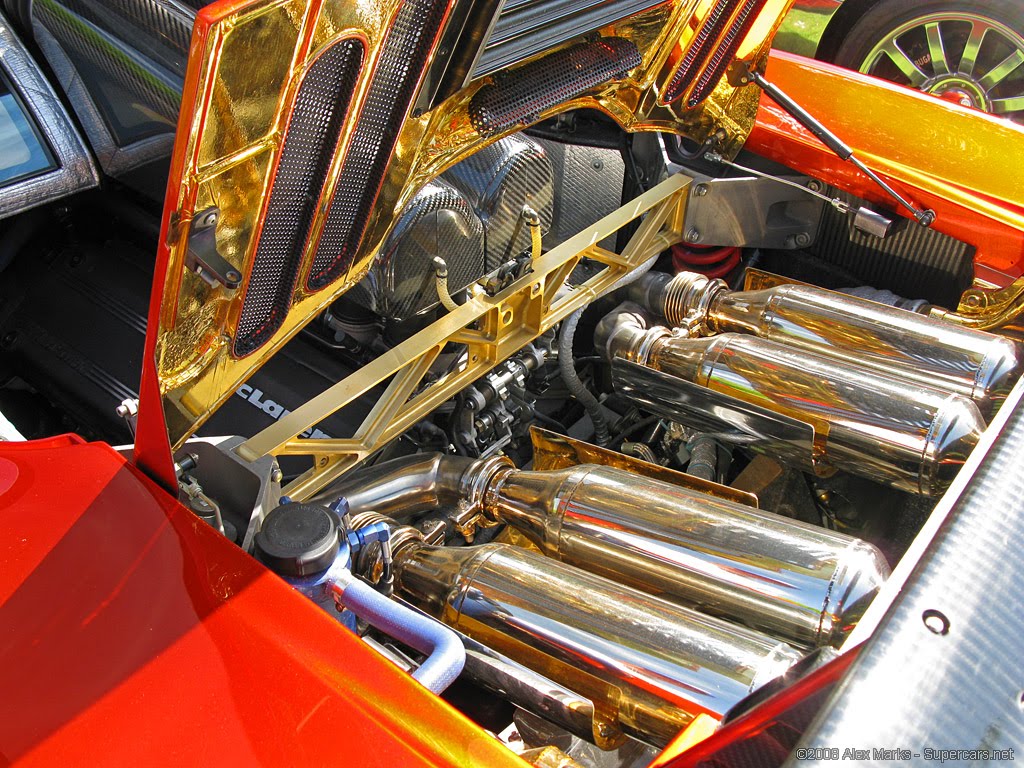 Today, carats are used for gold purity measure . Originally the word ''carat'' meant a unit of mass of locust bean seeds, which ancient merchants were paying.

The purest gold is 24-carat.

Gold is chemically inert substance, so it never rusts, and doesn't cause skin irritation. If the gold jewelry made of caused an allergic reaction, it means - another metal has been added to the alloy.

In the adult body contains about 10 mg of gold, about half of this amount is concentrated in the bones. 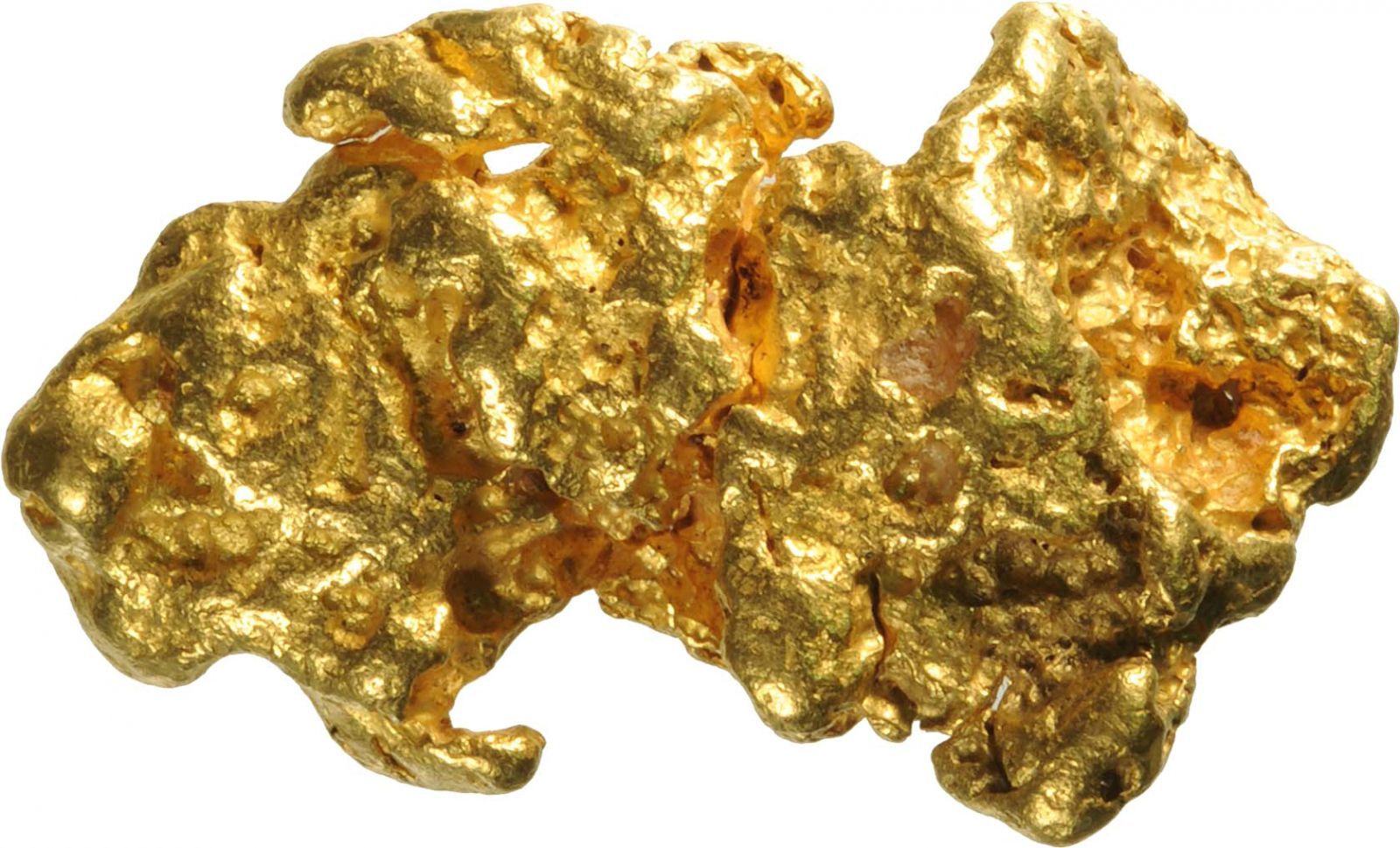 The distribution of gold in the body depends on the solubility of its compounds. Colloidal compounds accumulate to a greater extent in liver, while soluble compounds accumulate in kidneys, about 0.2 milligrams of gold - mostly found in blood. Biologists are sure: precious metal helps to thinking processes. Together with silver, gold helps forming a human immunity.

In small doses, Gold is effective in diseases characteristic of an aging organism.

However, witty Swisses invented of pouring gold in form of usual chocolate. Each of the gold lobule of that casting, weighs one gram.And its not so difficult to break it off from the ''chocolate bars'' . Similarly, the Swisses cast silver, platinum and palladium as well.

The real purest gold is so soft, that you can wrinkle it with your bare hands, like plasticine.

Solomon Mines works only with the highest quality and liquid gold bars.
More information about this

You can sew the most expensive fabrics from gold. Gold is so pliable, that you can make sewing threads from it. One ounce of gold could be stretched for more than 50 miles.

About 11% of all gold in the world are in the jewelry form of India housewives. This is more than the gold combined reserves of the United States, Switzerland and Germany.

Despite the fact, that gold is metal, it is eatible. 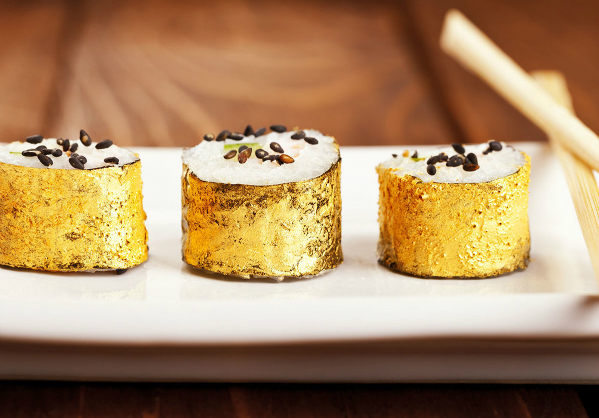 In some Asian countries, it was added to fruits, jelly desserts, coffee and tea. Since the 1500s, gold leaves started to add into the bottles with strong spirits (for example, in Goldschlager, Danziger Goldwasser). Some Indian tribes believed that using gold in food gives the ability for levitation.

Even, in our time, gold mining is conducted by the old-fashioned way. A few decades ago humanity learned how to create artificial gold from lead and mercury. However, the technology of nuclear fusion is not simple, expensive and the energy-intensive. But, scientists, from time to time,could manage to say a new word in gold mining. As recently as in 2011, attempts were made to extract gold from corn, the only plant effectively extracted this metal from the soil. One ton of corn ash contains pure gold up to 60 g.

How and where find the gold ?
From prehistoric times was known:

gold lies in the sediments of some rivers. And, if the root of gold deposits have long been blurred, noble metal should be found in the sediments. . If the river continues to destroy the gold-bearing veins, it is enough to sink the lamb hide on the bottom , and the golden sand will settle in thick wool. Thus was born the ancient Greek myth of the golden fleece and brave Argonauts, who found a way to snatch precious prey. 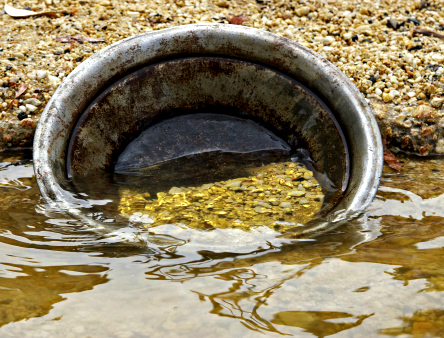 It should be notes, - Colchis gold is mining, even today. But, it is not at all the same, as two, and a half thousand years ago. Collecting gold on the river bottom is unprofitable: it is lostting considerable amount of gold, hidden from the prospector in the thickness of rubble and pebbles. Today, the river gold deposits are developed on a grand scale.The powerful technology crosses many thousands of cubic meters of rock, slowly moving upstream. Practically, loss is absent, and the cost of gold, extracted from rich placers, often is moderate.

However, the gold-bearing rivers - no matter how famous they are, - are only natural concentrators of gold concretions, washed by the current of water from the debris of rocks. Immeasurably, more gold is hidden in the Earth's interior.In South Africa mines, that mine gold, are reached a depth of four kilometers. At thirty-six enterprises in the gold industry several hundred thousand people are employed. And all of them mine a gold!