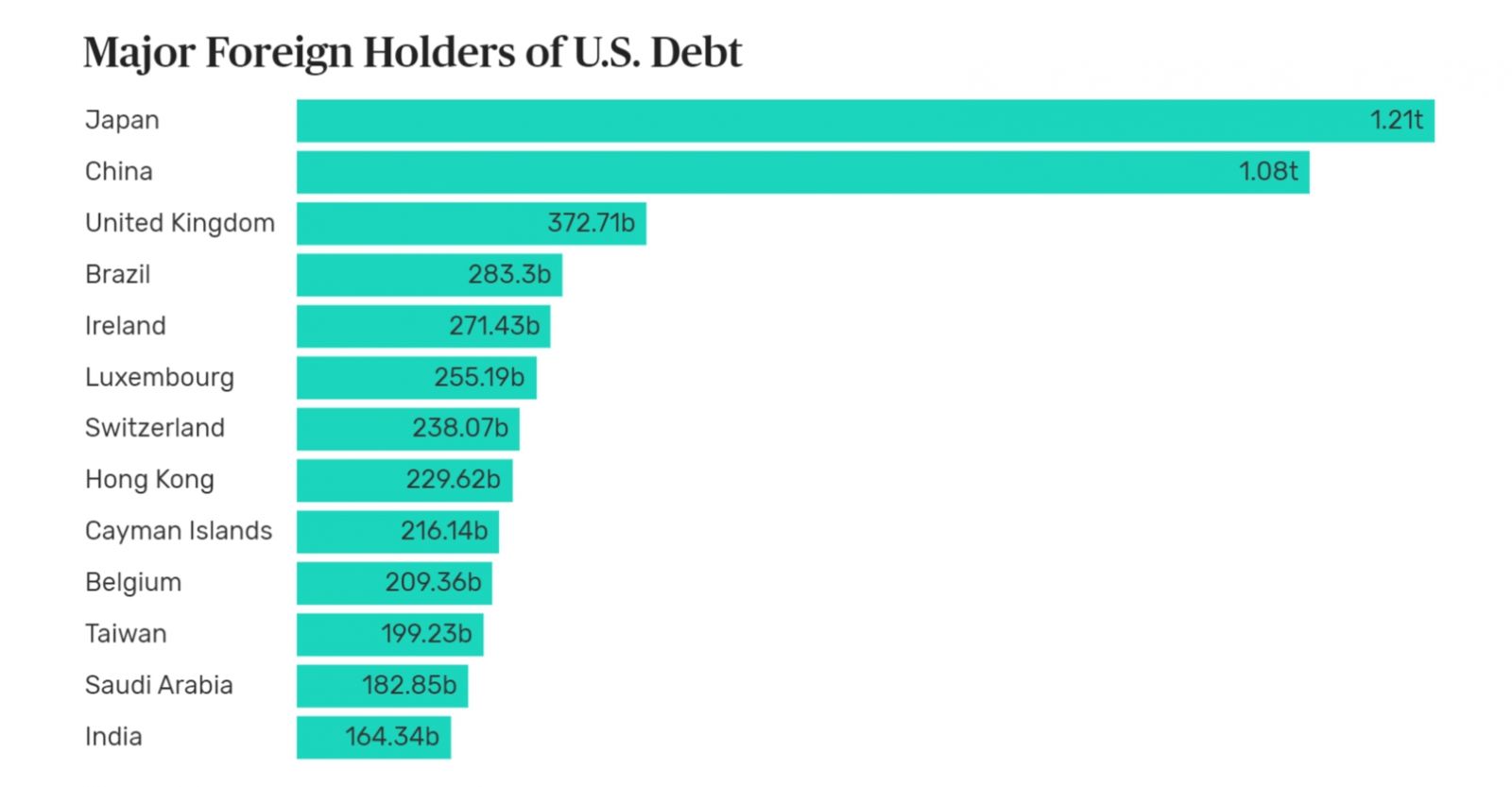 The U.S. debt to China was $1.08 trillion in March 2020.﻿1﻿ That's more than 15% of the $6.8 trillion in Treasury bills, notes, and bonds held by foreign countries. The rest of the $24 trillion national debt is owned by either the American people or by the U.S. government itself.2﻿

China has the second-greatest amount of U.S. debt held by a foreign country. Japan tops the list owning $1.27 trillion. 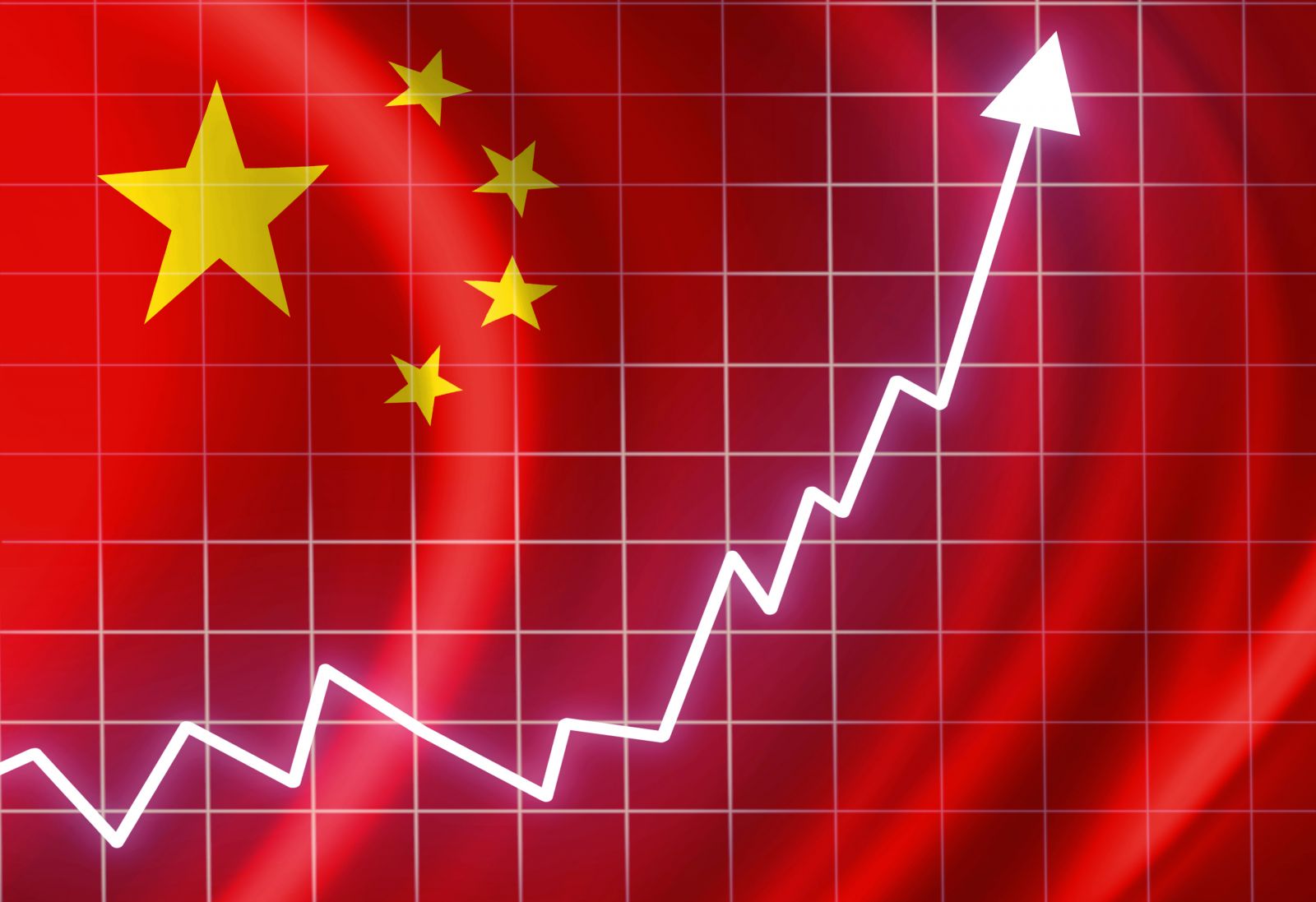 China had reduced its holdings of U.S. debt since 2011 when it held $1.3 trillion.3﻿ It is taking steps to make its currency, the yuan, transition to a global currency. To do that, China had to loosen its peg to the dollar. That made the yuan more attractive to forex traders in global markets. China's economic growth has been slowing down since Donald Trump was elected president and began a trade war.4

﻿ As China's exports decline, it is less able to invest in U.S. Treasurys.5﻿

China also is liberalizing its control of the yuan, also called the renminbi. It has opened yuan trading centers in London and Frankfurt. It’s allowed the yuan to trade in a wider trading range around a basket of currencies that include the dollar.

China is also responding to accusations of manipulation. Most countries want their currency values to fall so they can win global currency wars. Countries with lower currency values export more since their products cost less when sold in foreign countries.

China has held more than $1 trillion in U.S. debt every year since 2010.1﻿ That's when the U.S. Department of the Treasury changed how it measures the debt. Before July 2010, Treasury reports showed that China held $843 billion in debt. This Treasury-led change makes it difficult to make long-term comparisons.

How China Became One of America's Biggest Bankers

The Chinese government uses dollars it has on hand to buy Treasurys. It receives these dollars from Chinese companies that receive them as payments for their exports.

If China Called in Its Debt Holdings 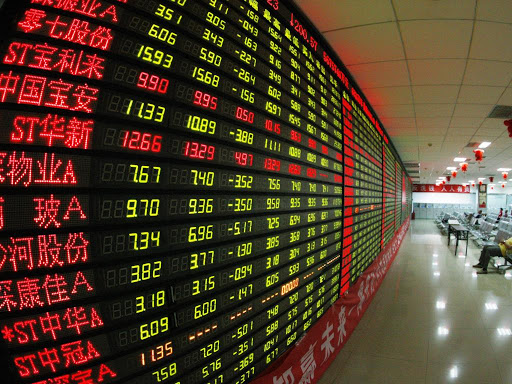 China's position as America's largest banker gives it some political leverage. It is responsible for lower interest rates and cheap consumer goods. If it called in its debt, U.S. interest rates and prices would rise, slowing U.S economic growth.

On the other hand, if China called in its debt, the demand for the dollar would plummet. This dollar collapse would disrupt international markets even more than the 2008 financial crisis. China's economy would suffer along with everyone else's.

If China ever did call in its debt, it slowly would begin selling off its Treasury holdings. However, even at a slow pace, dollar demand would drop. That would hurt China's competitiveness by raising the yuan’s value relative to the dollar. At some price point, U.S. consumers would buy American products instead. China could start this process only after it further expanded its exports to other Asian countries and increased domestic demand.

China's low-cost competitive strategy worked. Its economy often grew more than 10% for the three decades before the 2008 recession. In 2018, it grew at almost 7%, a more sustainable rate.4﻿

China has become the largest economy in the world, outpacing the United States and the European Union. China also became the world's biggest exporter in 2010. China needs this growth to raise its low standard of living. For these reasons, expect China to continue to be one of the world's largest holders of U.S. debt.