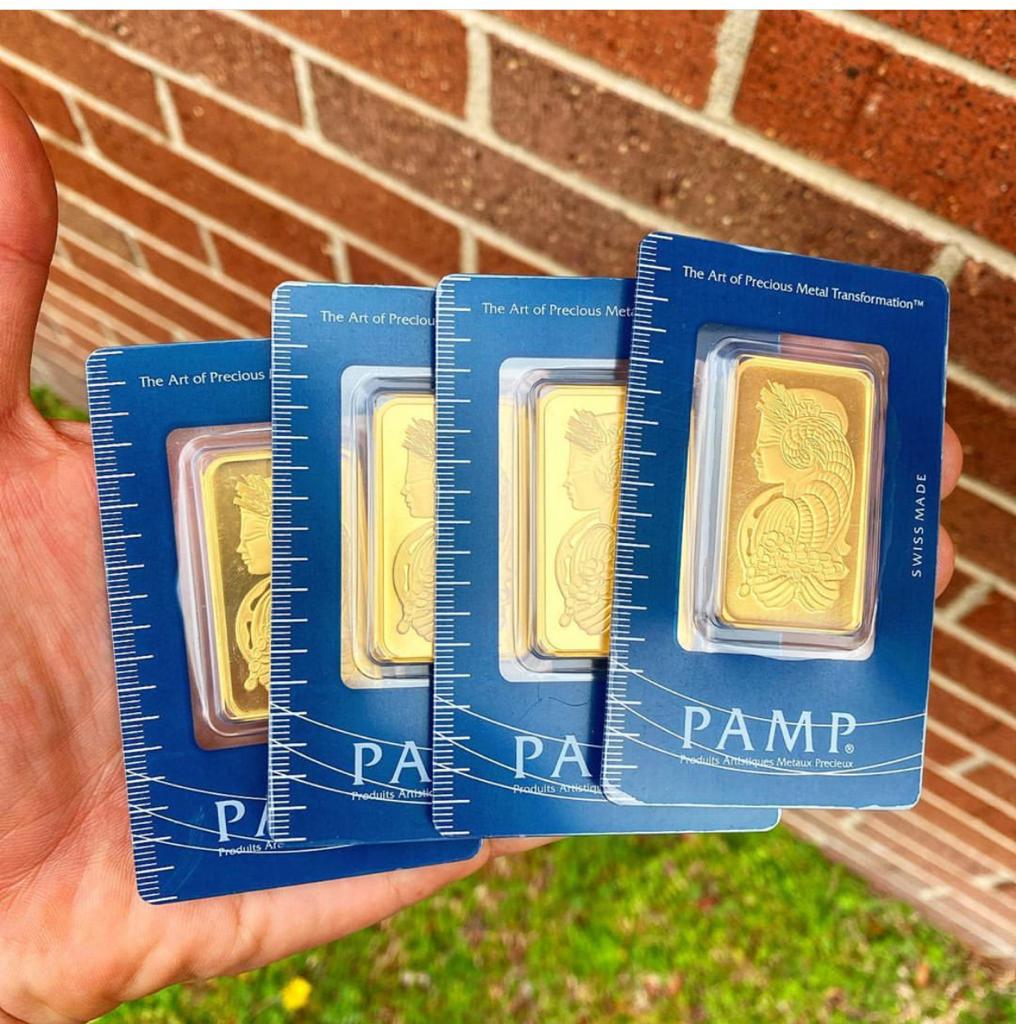 Gold’s allure in 2020 continues to strengthen, with spot prices surpassing $1,800 an ounce and inflows into bullion-backed ETFs already topping the record full-year total set in 2009.

“A massive investor response to Covid-19 has pushed ETF holdings to record levels, the impact of which has outweighed the decline in jewelry demand and absorbed increases in recycling,” James Steel, chief precious metals analyst at HSBC Securities (USA) Inc., said in a note. Further inflows are expected “as investors respond to elevated risks and low yields.” 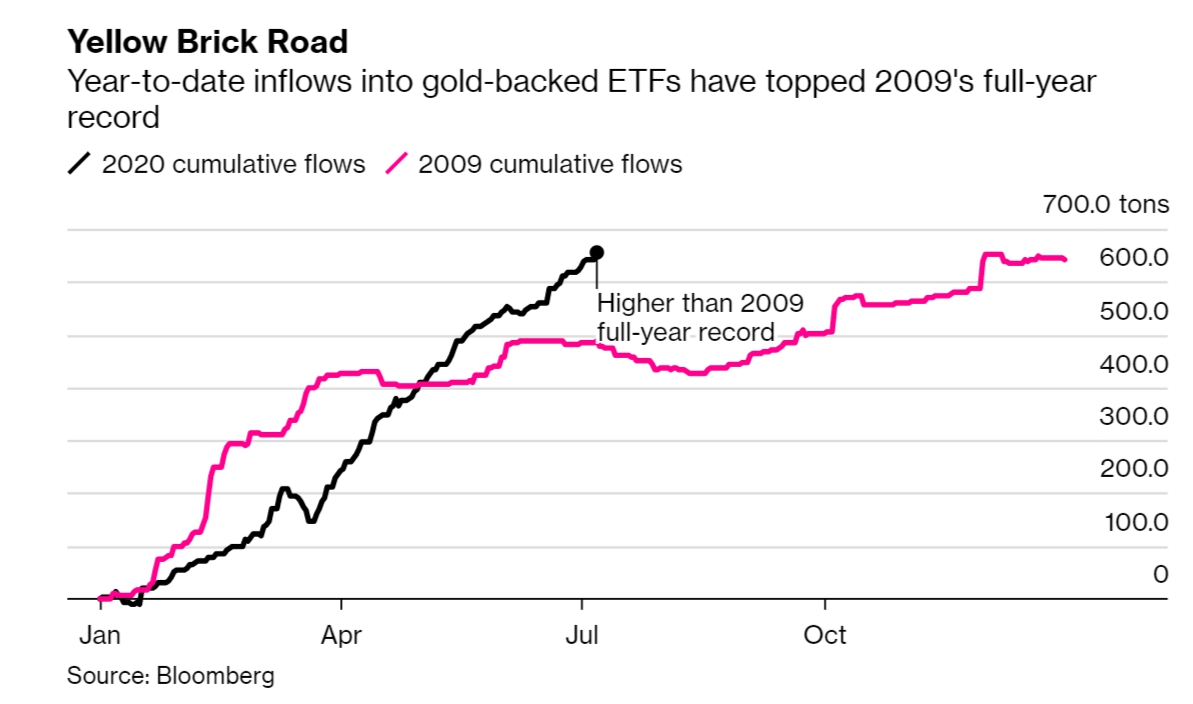 Holdings in gold-backed ETFs increased to 3,234.6 tons on Tuesday, according to initial data compiled by Bloomberg. That’s up 655.6 tons so far in 2020, topping the tonnage increase seen in 2009. The total has climbed every month this year.

Gold extended gains Wednesday amid worries over the pandemic, new tensions between the U.S. and China, and a weakening U.S. dollar.

“Now that the break has occurred we’re probably seeing fresh buying coming in from traders who’ve been sitting on the fence,” Ole Hansen, head of commodity strategy at Saxo Bank A/S, said about gold in a phone interview.

Bullion prices and ETF holdings are widely expected to extend gains, with Goldman Sachs Group Inc. saying the metal could reach a record $2,000 in the next 12 months and JPMorgan Chase & Co. recommending investors stick with bullion.

More Federal Reserve support may be on the way. Vice Chairman Richard Clarida said on Tuesday that policy makers would likely turn to additional forward guidance and asset purchases if the economy needs more aid. “There is more that we can do,” he told CNN International.