Silver jumped to the highest in almost seven years and gold continued its march toward a record on expectations there’ll be more stimulus to help the global economy recover from the coronavirus pandemic. 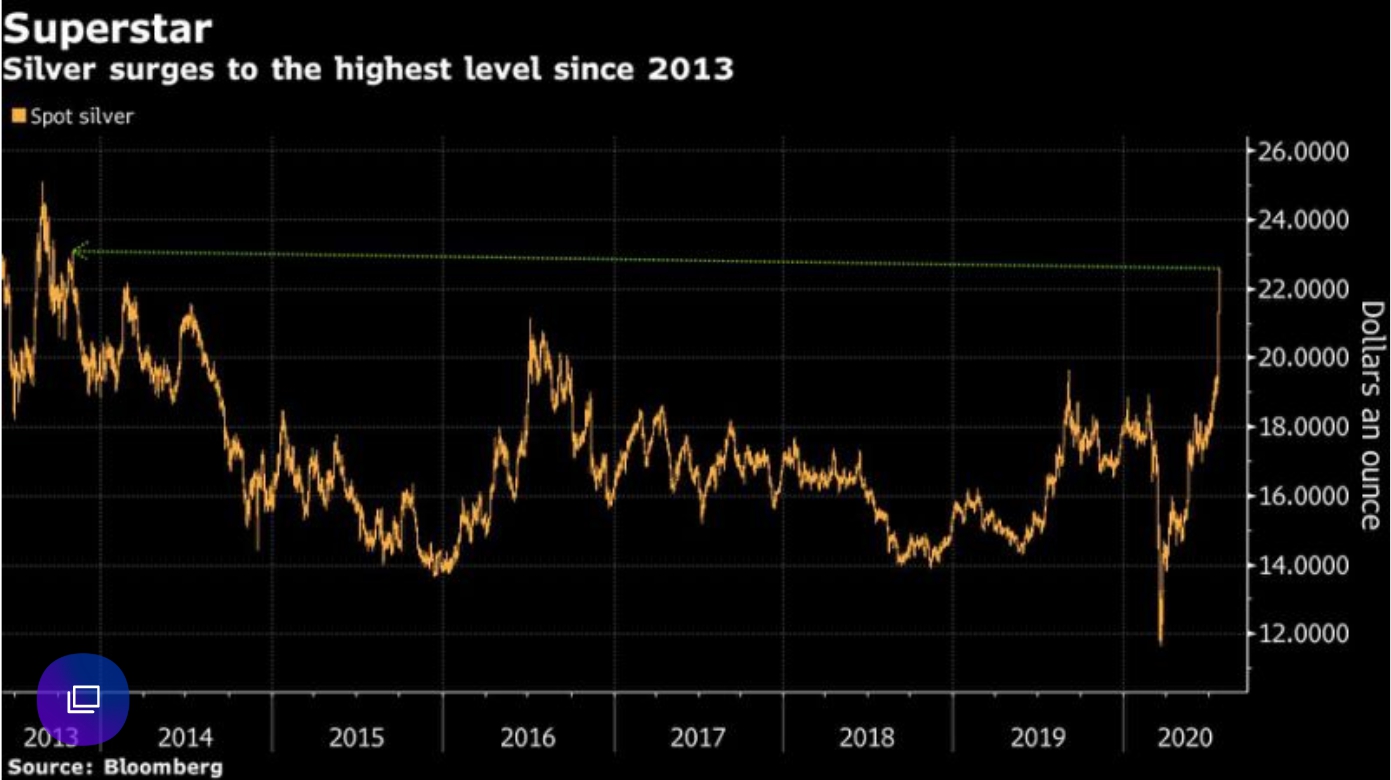 Investors have flocked to the metals on surging demand for havens amid a resurgence in virus cases, slowing growth, a weaker dollar and negative real interest rates in the U.S. The vast amounts of stimulus unleashed by governments and central banks have also aided prices and, after the success of a European rescue package this week, focus turns to negotiations on legislation to prop up the American economy.

Silver’s surge has been getting an added boost from supply concerns and optimism about a rebound in industrial demand. Holdings in exchange-traded funds backed by the metal are at a record, while gold ETFs rose the most since mid-June on Tuesday and also sit at the highest ever. 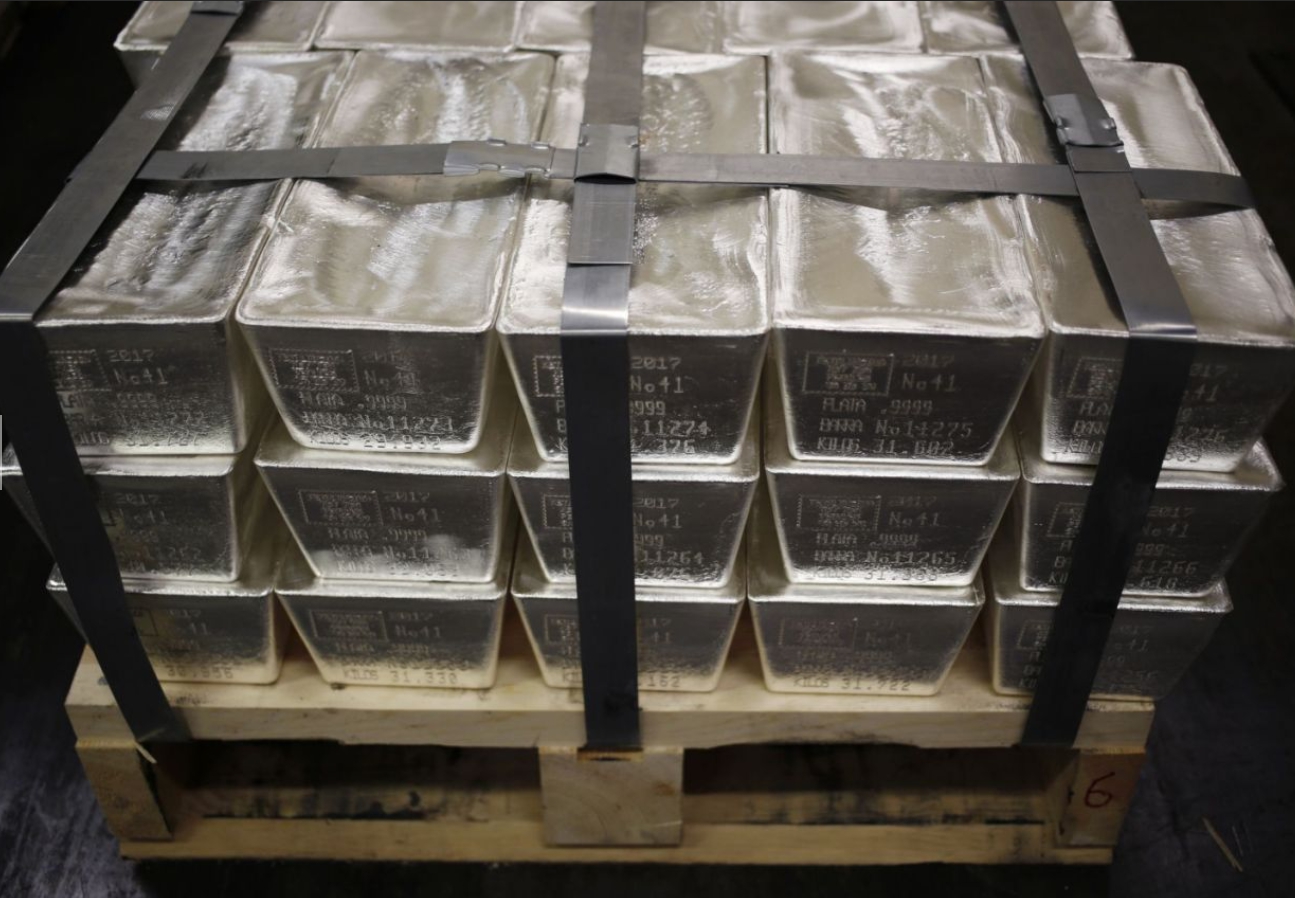 “Like gold, silver has benefited this year from safe haven demand and falling long term U.S. real yields,” Vivek Dhar, an analyst at Commonwealth Bank of Australia, said in a note. “A sustained rally in silver can continue, particularly when demand hopes and supply concerns are added to the mix.”

Chinese silver and gold stocks rose, including a more than 30% jump for China Silver Group Ltd. in Hong Kong. 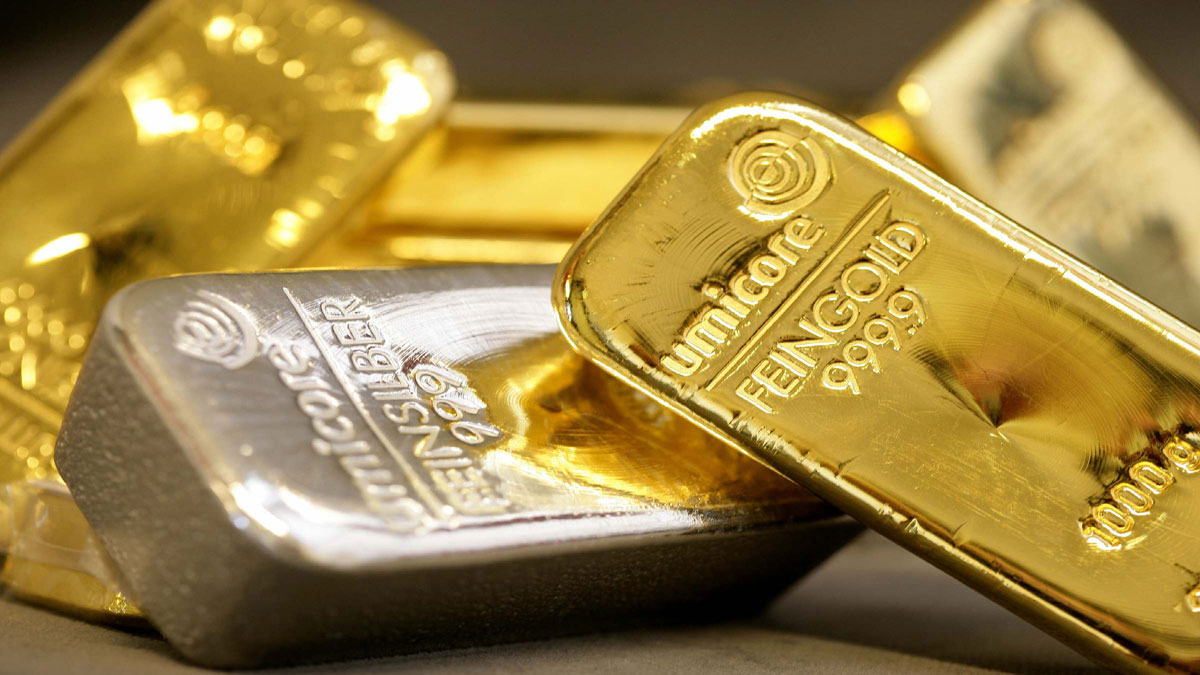 Silver should continue to gain due to its use in industrial applications such as solar cells, in addition to a raft of factors that are spurring other precious metals higher, Ed Morse, global head of commodity research at Citigroup Inc., said Wednesday in a Bloomberg TV interview.

Citi has previously noted the metal tends to perform very strongly when the desire for wealth protection is high and economic activity is improving. The Silver Institute earlier this month forecast a 7% decline in mine production in 2020 on disruptions due to Covid-19.

“Silver is surging, and we think it is likely to remain strong,” James Steel, chief precious metals analyst at HSBC Securities (USA) Inc., said in a note. “Some investors who may not have participated fully in the gold rally could find silver attractive. We believe this is happening and may sustain silver at higher prices still.”