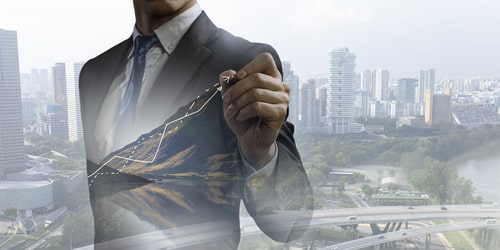 The U.S.-China trade tensions are the geopolitical hotbed that can push markets into “crazy territory,” according to analysts, who see June as a very turbulent month for the gold market.

Gold prices are likely looking at more gains next week as markets worry about where the U.S.-China trade spat is heading, analysts told Kitco News on Friday.

“The gold market at the moment looks very bid because of all the tensions going on in geopolitics between China and the U.S. and also China and Hong Kong. This will influence gold to the upside,” said Afshin Nabavi, senior vice president at precious metals trader MKS SA.

Gold prices are ending the week on a high note with August Comex gold futures up more than 1.3% on the day and last trading at $1,751.70 an ounce.

“There is a lot of noise out there … The rising trade tensions with China are just a geopolitical hotbed right now. The coronavirus has put this on the back burner. But tensions are ramping up in and around China and that is gold positive,” Millman said on Friday.

A re-escalation of the U.S.-China tariff war could take the trade tensions between the world’s two biggest economies to the next level, said ABN Amro’s senior economists Bill Diviney and Arjen van Dijkhuizen.

“What could change matters would be a major re-escalation of the trade war, if it involved much more punitive tariffs that required abrupt changes to supply chains. This is not something we expect as a base case, but clearly the ramping up in geopolitical tensions raises that risk,” the economists wrote on Friday. “It will be important in that environment to distinguish between aggressive rhetoric – which could nonetheless have big market impacts – and concrete policy changes that affect the macro outlook.”

In the short-term, however, there could still be a negative gold price reaction if tensions escalate, said TD Securities head of global strategy Bart Melek.

“If U.S. gets into some big economic conflict with China, equities could get hurt and we could see a move to cash in all asset classes and that could hurt gold. Later on, it will be positive for gold but the knee-jerk reaction could be nasty,” Melek said Friday.

June will be very volatile

As the markets kickoff the month of June next week, analysts point to unusually high volatility levels that could be awaiting the gold traders.

The biggest thing to watch next month, aside the from U.S.-China tensions, is the infection rate as economies continue to reopen after the COVID-19 shutdowns.

“Normal seasonality dictates that the summer is pretty quiet for gold. But we are not in normal circumstances. June is really going to be a big test of how all the re-openings go. June could be a very volatile month and I wouldn’t expect gold to drop below $1,700,” Millman said.

Are negative rates out of the question in the U.S.?

On Friday, Federal Reserve Chairman Jerome Powell reiterated that negative interest rates are not the right tool to use in the U.S.

“We don’t think it is an appropriate tool for the U.S,” Powell said during a virtual discussion hosted by the Griswold Center for Economic Policy Studies. Powell added that the evidence of how negative rates work is mixed.

But despite a clear message from the Fed, some market participants and economists still believe the situation can change as economies reopen and reassess the long-term damage the coronavirus outbreak has caused.

Levels to watch next week

Even though Melek does not see “a huge rally” in the cards for gold next week, he does project higher prices. Gold will continue to stay range-bound with the low-end at the $1,689-88 area and the upper-end at the $1,758-60 area, he pointed out.

Millman said he is watching $1,700 as strong support on the downside. “We’ve maintained above that all week,” he said. On the upside, Millman is looking at $1,750 an ounce level until gold can close above that for two trading days in row.

There is a slate of fresh macro data coming out next week, including May’s U.S. nonfarm payrolls on Friday.

“The big release next week is nonfarm payrolls. Market is looking at 8 million job decline and unemployment at 20%. Lousy numbers mean that we could have pretty severe disinflationary pressures for now. And that won’t be particularly great for gold,” Melek said.

The Reserve Bank of Australia will be making its key interest rate decision on Tuesday, followed by the European Central Bank rate announcement on Wednesday.