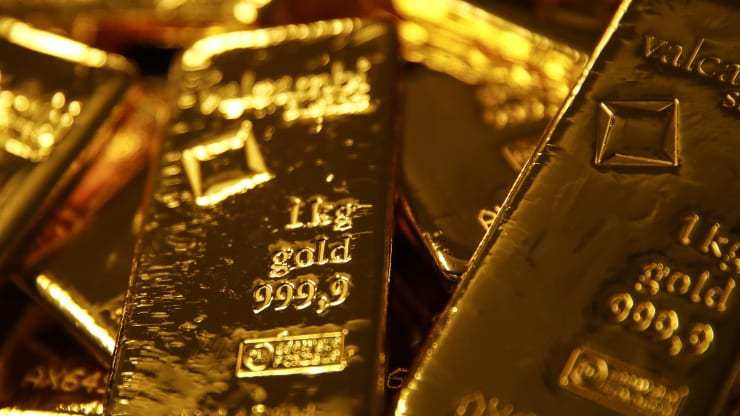 Gold gained on Friday as a rise in coronavirus cases raised concerns over a second wave which could compel governments to implement another lockdown.

“There is continued upturns in COVID-19 (cases) throughout the South and Southwest of U.S. with uptick in the hospitalization rate. ... That has caused a little bit of concerns of another shutdown, which is benefiting gold,” said Jeffrey Sica, founder of Circle Squared Alternative Investments.

More than 8.38 million people worldwide have been infected with the coronavirus, with some 400 workers being positively tested at an abattoir in northern Germany, and China reporting 32 new cases of the virus on Friday.

“No matter what the long-term consequences, like inflation, there will be continued stimulus throughout the world and that will keep gold prices supported in the long term,” Sica said.

So far this year, gold prices have risen 14%, supported by safe-haven demand in the midst of concerns of economic slowdown and unprecedented amounts of government and central bank fiscal and monetary support.

“Spot gold has yet to close above $1,750, and if and when that happens, we suspect renewed momentum and fresh buying from underinvested hedge funds will propel the price higher towards $1,800,” said Saxo Bank analyst Ole Hansen in a note.

Against a basket of currencies, the dollar index was little changed at 97.38.