Gold rose for a second straight day as equities tumbled and the World Bank projected a dire outlook for the global economy this year. 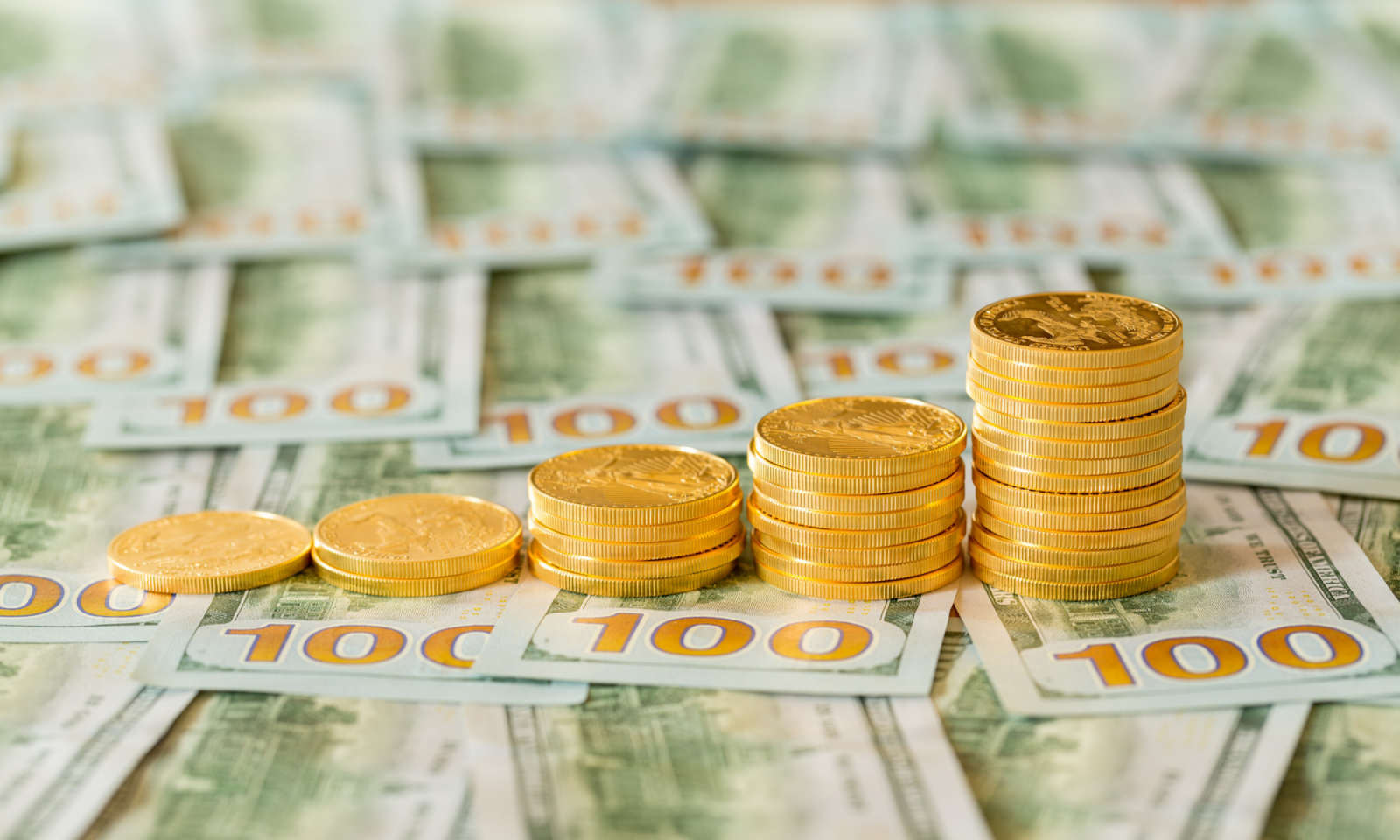 Momentum waned in U.S. and European equities on concern that the rally in risk assets overshot economic prospects. The World Bank said the global economy this year will contract the most since World War II and emerging nations’ output will shrink for the first time in at least six decades due to the Covid-19 pandemic.

The pause in demand for risk assets helped revive demand for gold, which has sputtered as reopening economies and better-than-expected economic data crimped the metal’s appeal as a haven after three straight monthly gains. Bullion may also get help from the Federal Reserve officials meeting this week, who are expected to keep accommodative monetary policies in place.

“There was a rush from people, from funds especially, who were afraid of missing the rally, so they were moving out of gold into equities,” George Gero, a managing director at RBC Wealth Management, said by phone Tuesday. “Today, there’s a reversal prior to the Fed meeting because expectations are lower interest rates and more stimulus, and of course more stimulus means more debt.”

On Monday, the central bank announced plans to expand its small and mid-sized business lending program. It follows the European Central Bank’s decision last week to expand the amount of its bond purchases beyond economist expectations and extend their duration until at least the end of June 2021. 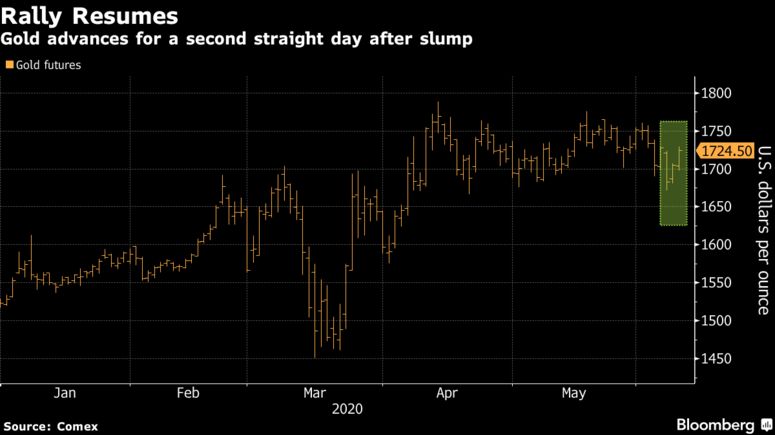 Gold futures for August delivery rose 1% to $1,721.90 an ounce at 1:31 p.m. on the Comex in New York. Silver closed lower on the Comex, while platinum and palladium fell on the New York Mercantile Exchange.

“While it is not our base case, we see the tail risk of above-target inflation as a potential driver for gold prices beyond $2,000,” Goldman Sachs Group Inc. analysts including Jeffrey Currie said in an emailed research note Tuesday. The analysts expect “increased risk of higher inflation, should the labor market recovery surprise to the upside -- a fact we believe will spur greater investment in gold as a hedge.”

There are signs that some investors remain cautious on gold. Holdings in exchange-traded funds backed by the metal fell for a third straight session on Monday after the longest run of advances in more than a year.