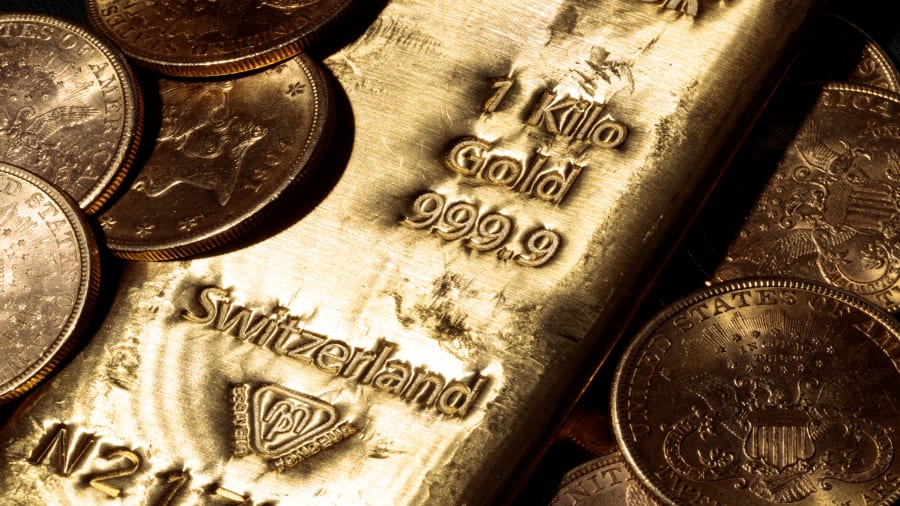 Gold rose nearly 1% to a one-week high on Wednesday after the U.S. Federal Reserve held onto its pledge to ease the economic pain from the coronavirus pandemic, boosting bullion’s safe-haven appeal.

″(Gold) hit daily high following the FOMC statement, which painted a pretty dour picture for the U.S. economy, although not unexpected,” said Kitco Metals senior analyst Jim Wyckoff. “We didn’t see any good news coming out of that FOMC statement and we did see that the interest rates are going to remain at the same levels, which are very low, through 2022 - and that’s probably a little friendly for the gold market too.”

The Fed repeated its promise of continued extraordinary support for the economy as policymakers projected a 6.5% decline in gross domestic product this year and a 9.3% unemployment rate at year’s end.

On Wall Street, major indices such as the S&P 500 and Dow Jones Industrial Average were negative, while the dollar slumped to fresh three-month lows against other major currencies as investors.

Large stimulus measures tend to support gold, which is often considered a hedge against inflation and currency debasement.

“People are using gold as a safe-haven asset and also many believe that inflation will pick up in the coming quarters,” said Phil Streible, chief market strategist at Blue Line Futures in Chicago.

Goldman Sachs expects gold to reach $1,800 per ounce on a 12-month basis and the tail risk of above-target inflation as a potential driver for prices to climb beyond $2,000.