Gold headed toward the highest since 2012, supported by concerns over the second wave of coronavirus infections and ongoing expectations of a flood of stimulus measures.

There are increasing signs that the virus is continuing to rapidly spread as governments work to reopen their economies. The metal also has found support from increasing monetary stimulus, including the Bank of England adding to its bond buying program last week and the Federal Reserve signaling rates will remain low. Increased amounts of monetary stimulus tend to boost zero-yield gold as a hedge against declining interest rates.

“Gold appears poised for breakout,” Fawad Razaqzada, market analyst at ThinkMarkets in London, said in an emailed note. “While gold is undoubtedly boosted by haven flows due to the economic damage caused by the pandemic as well as concerns over a second wave, there is little doubt that the metal is also finding good support from central bank money flooding the financial markets.” 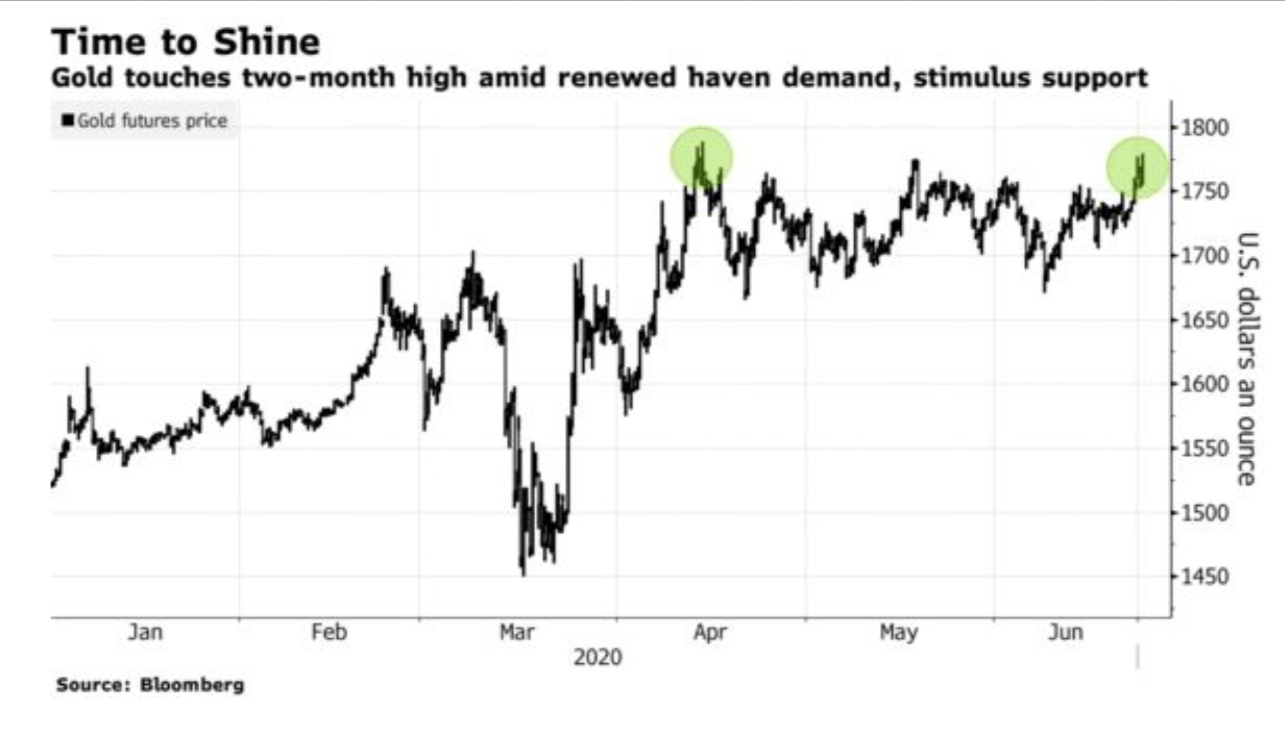 Gold futures are up 16% this year. Goldman Sachs Group Inc. is forecasting a record $2,000 an ounce over the next 12 months, while JP Morgan Chase & Co. said investors should stick with gold as it is most leveraged to a low real-yield environment.

“Covid-19 worries together with the eventual inflationary impact of central bank stimulus are providing the support for gold,” said Ole Hansen, head of commodity strategy at Saxo Bank A/S. While recent gains have once again attracted some profit-taking, buyers are also returning, he said.

Investors also continue to pile into gold-backed exchange-traded funds, which boosted their holdings by almost 30 tons on Friday, according to initial data compiled by Bloomberg. Of that inflow, about 23 tons went into SPDR Gold Shares, the most in a year in tonnage terms.