Gold advanced to a fresh record beyond $2,000 an ounce as investors assessed increased geopolitical risks and the prospect for further stimulus to combat fallout from the coronavirus pandemic. 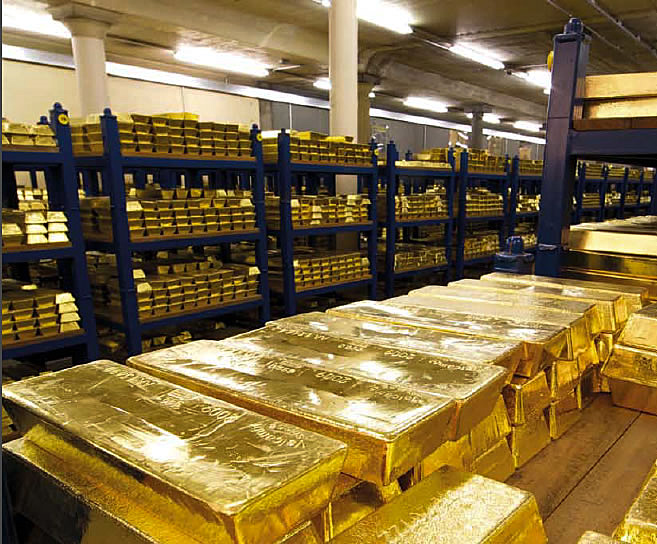 Bullion is up almost 35% this year, with its haven status enhanced by sliding U.S. real yields. Gold could extend gains as governments and central banks respond to slowing growth with vast amounts of stimulus. The metal’s appeal is strengthening as the dollar weakens and a long global recovery looms. Goldman Sachs Group Inc. forecasts a rally to $2,300.

“The stage has been set for gold to continue to climb higher,” Paul Wong, market strategist at Sprott Inc., said in a report. “We see increased fiscal spending ahead, extremely accommodative monetary policy in place for years and a challenging economic recovery.” 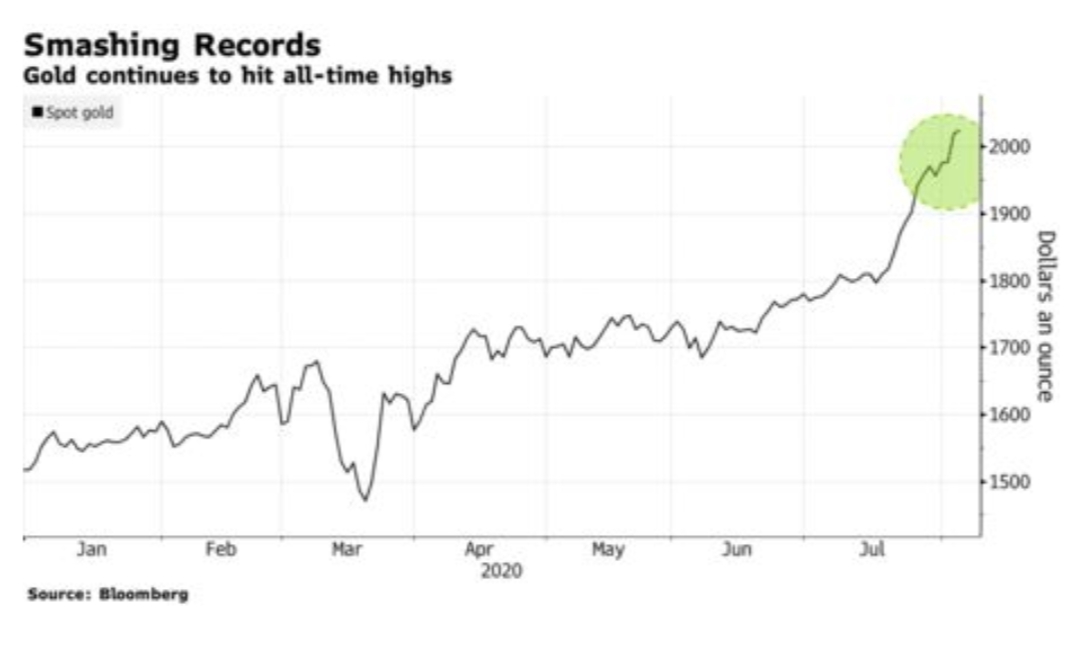 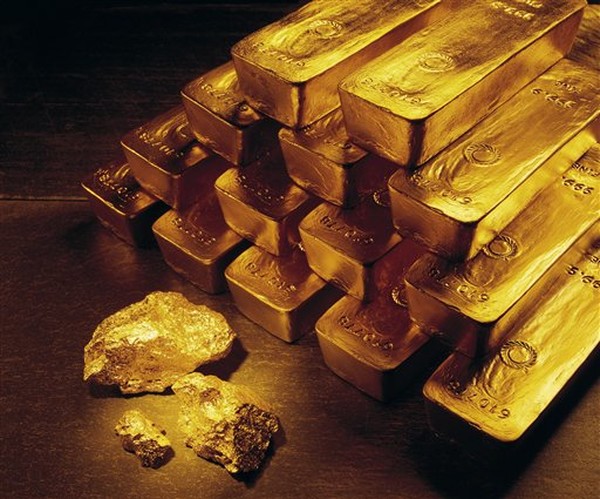 The rally comes in spite of economic data showing activity in the Euro area is recovering well, with output expanding for the first time since coronavirus lockdowns hit the economy in March.

Update of the U.S. labor market

Friday will bring an update of the U.S. labor market in July, with economists expecting unemployment to decline to 10.5%. Even if the data shows some recovery, it will likely still signal greater inflation expectations so long as the Federal Reserve leaves its target rate near zero, which would be positive for gold, Carsten Fritsch, commodity analyst at Commerzbank AG, said by phone. 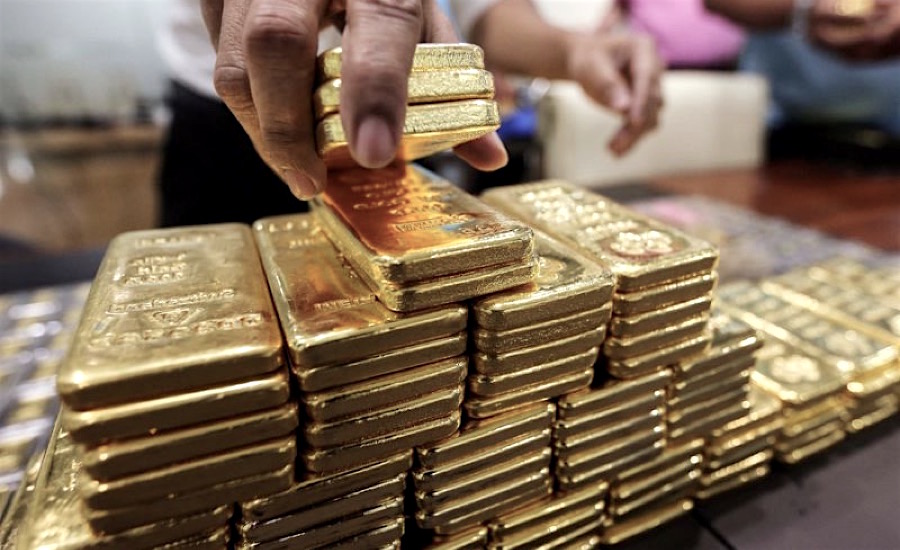 Shifts in the U.S. bond market have helped underpin gold’s ascent. Real yields on 10-year Treasuries have collapsed below zero. Still, on CPI-adjusted measures they remain above levels seen during previous gold-price peaks, said Adrian Ash, head of research at BullionVault. That means gold could go “a long way higher than $2,000 per ounce,” he said.

Meanwhile, U.S. and Chinese officials plan to assess the nations’ trade accord this month against a backdrop of rising tensions between the countries, according to people briefed on the matter. The latest tension “adds to an extensive laundry list of concerns that are sending investors toward safe-haven assets,” Stephen Innes, chief global markets strategist at AxiCorp, said in an emailed note. Gold’s “momentum is strong, likely coupled with some short covering.”

The surge in gold does pose risks for a correction, with two major technical indicators suggesting the precious metal was already overbought before it broke through $2,000.

“Since gold is heavily overbought, there’s clearly risk of some profit-taking at some point,” Commerzbank’s Fritsch said.