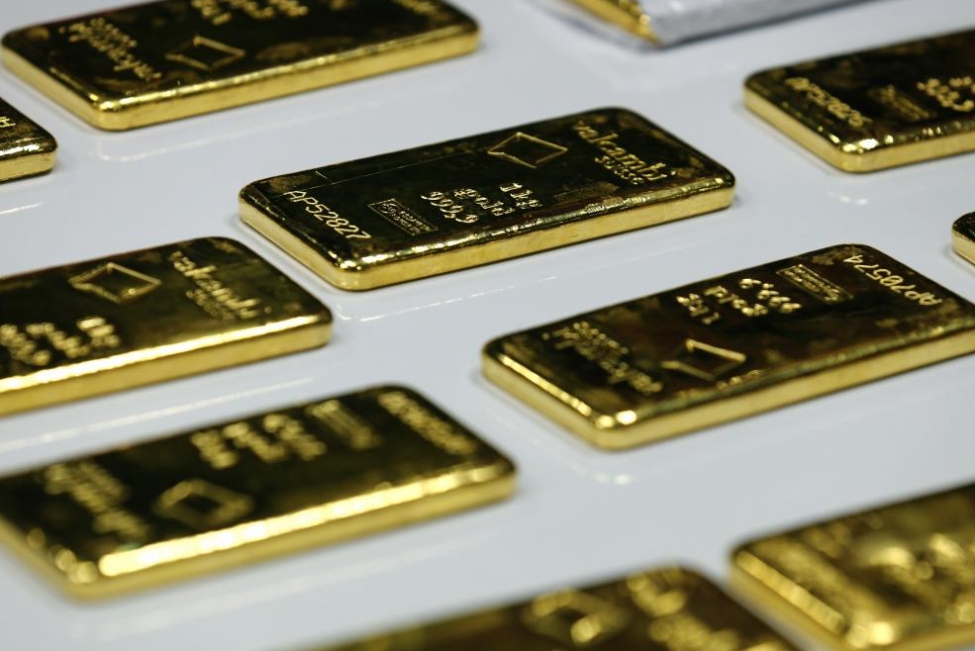 A hedge fund manager who returned 47% this year by betting on gold and Treasuries says the next decade is going to be marked by inflation that central banks are powerless to control.

Diego Parrilla, who heads the $450 million Quadriga Igneo fund, says unprecedented monetary stimulus is fueling asset bubbles and corporate debt addiction -- rendering interest-rate hikes impossible without an economic crash. In the ensuing market mania, the manager whose portfolio is loaded up with cross-asset hedges says gold could rise to $3,000 to $5,000 an ounce in the next three to five years, up from the current price of $1,800.

“What you’re going to see in the next decade is this desperate effort, which is already very obvious, where banks and government just print money and borrow, and bail everyone out, whatever it takes, just to prevent the entire system from collapsing,” Parrilla said in an interview from Madrid.

While traditional funds are tasked with generating steadily positive returns over time, Parrilla’s fund is predisposed toward hedging the next big crash while generating capital over time. Managers with a tail-risk bias position for extreme market events, typically bucking mainstream views on Wall Street. 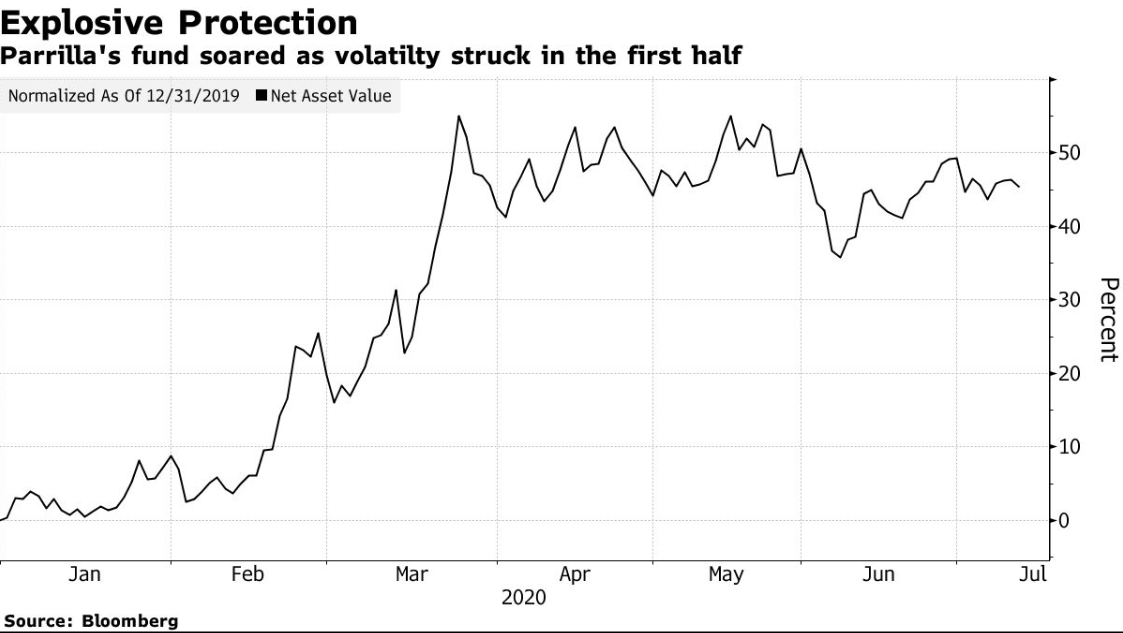 The Wall Street consensus is sanguine on the price pressures spurred by record stimulus spending, and calls for faster inflation have turned out to be wrong for years.

Federal Reserve Bank of San Francisco President Mary Daly and Richmond Fed President Thomas Barkin said earlier this month that outsize inflation isn’t a concern in the current crisis. Even if inflation emerges, the Fed has the tools to deal with it, Daly said.

From Parrilla’s perspective, the stimulus packages have exacerbated deeper issues within the financial system, such as central banks who have kept interest-rates near zero for more than a decade and are willing to re-write the policy rulebook in a crisis.

The value of his defensive portfolio has jumped as virus-fueled fear ripped through markets in February and March. The fund is about 50% invested in gold and precious metals, 25% in Treasuries and the rest in options strategies that profit from market chaos, such as calls on gold and the U.S. dollar. “This is the part that makes us super explosive,” he said. 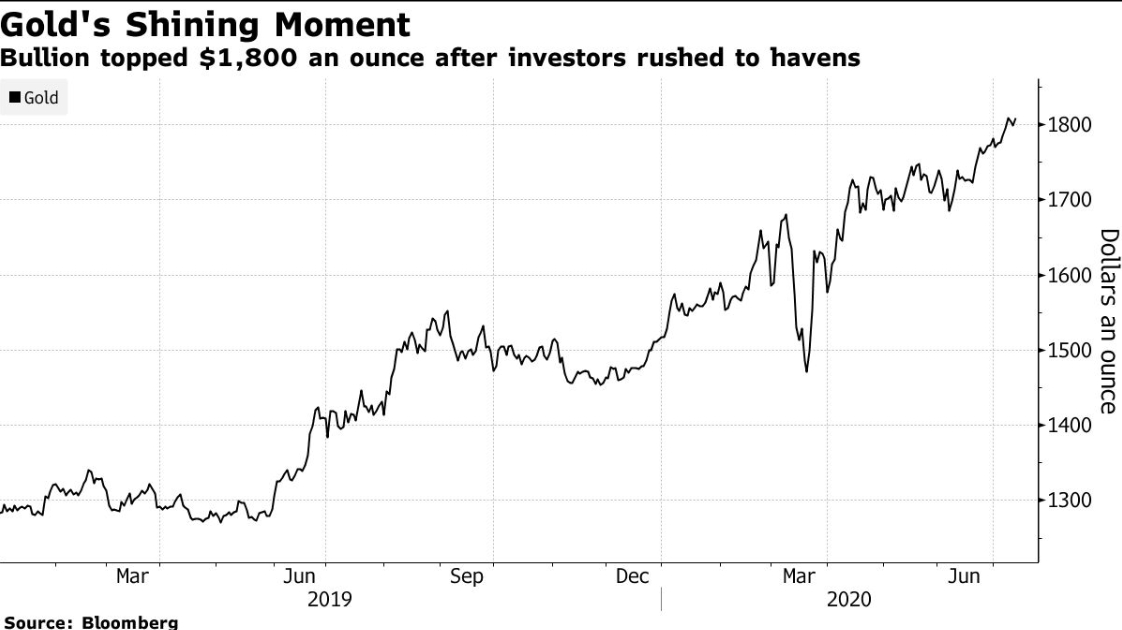 Parrilla, who has a background in mining engineering and previously ran the commodities department for Old Mutual Global Investors, describes his investment process as search for anti-bubbles -- a term referring to unusually cheap assets that do well when bubbles burst. The Quadriga Igneo fund was launched in 2018 and had returned 10% by the end of the year. Performance was flat in 2019.

“What we’ve seen over the last decade is the transformation from risk-free interest to interest-free risk, and what this has created is a global series of parallel synchronous bubbles,” says the fund manager, who’s also the author of a book called “The Anti-Bubbles: Opportunities Heading into Lehman Squared and Gold’s Perfect Storm.” 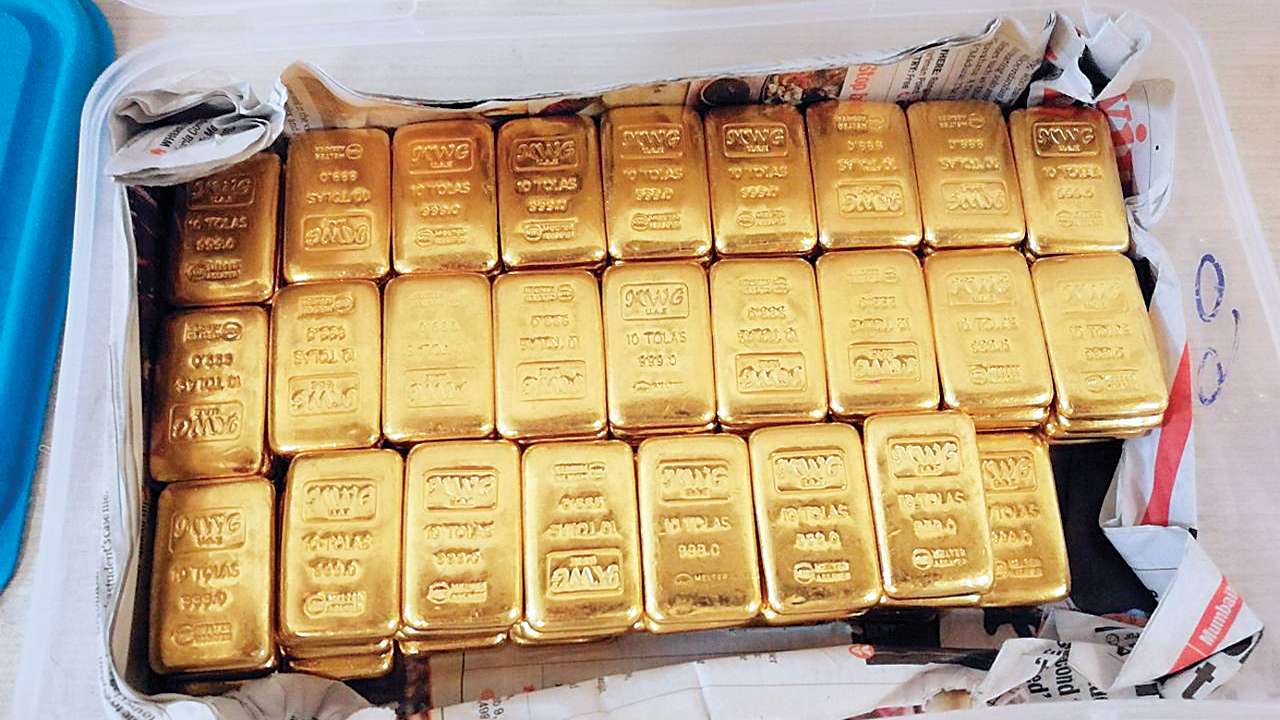 “One of the key bubbles is fiat currency, and one clear anti-bubble in this system is gold,” he said, adding that other examples are volatility, correlations and inflation. “It’s a case of when, not if, they will reprice significantly higher,” he said.

Gold has rallied 19% this year and captivated some of the world’s most prominent investors this year, who argue that the rapid expansion of central bank balance sheets will reduce fiat currency values and drive demand for hard assets.

But whether inflation actually materializes is still up for debate. Current U.S. or European economic data doesn’t show evidence of price pressures, and investors have poured money into bonds this year. Parrilla says the long-term will prove otherwise.

“The bubbles are too big to fail and mommy and daddy will do whatever it takes to prevent this,” says Parrilla.