After a long quiet summer, the gold market is starting to attract some bullish momentum. Both Wall Street analysts and Main Street investors see higher prices, according to the latest Kitco News Weekly Gold Survey 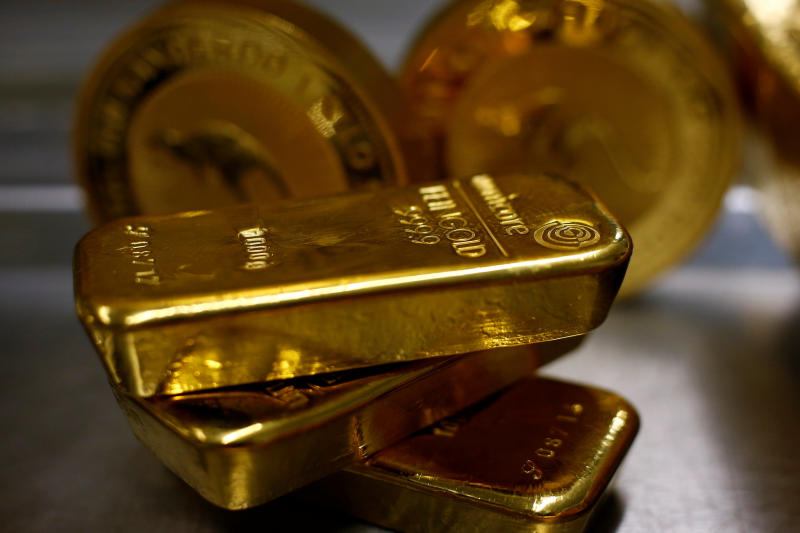 Analysts said that gold could be just starting a new run higher with $1,900 a possible target as investors start looking for the Federal Reserve to delay its plans to reduce its monthly bond purchases.

The dramatic shift in monetary policy forecasts, supporting gold prices, comes after the U.S. Labor Department said that only 235,000 jobs were created in August. The data significantly missed expectations as economists were forecasting jobs gains of 720,000. The jobs gains were well below even the most bearish estimates.

"The Feder Reserve isn't going to hint at a taper in September, and they'll only get one more jobs report before the November FOMC," said Adam Button, chief currency strategist at Forexlive.com. "Add in other signs of weak U.S. growth and the taper odds continue to fall as Q3 disappointing growth spreads to Q4. Gold will break resistance at $1834 imminently and continue higher." 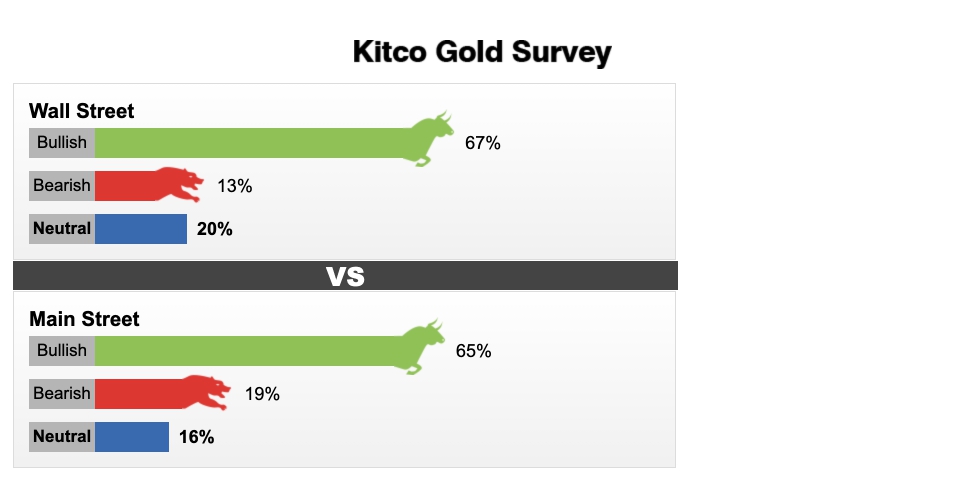 The current bullish sentiment has grown from the previous week as both Wall Street and Main Street were expecting to see higher prices. Gold prices last traded at $1,832.30 an ounce, up 0.7% from last week. Most of those gains came on Friday as gold has rallied more than 1% following the disappointing economic data.

David Madden, market analyst at Equiti Capital, said that he is watching the U.S. dollar. If the U.S. dollar index breaks below 91.75, then gold will be going much higher.

However, he added that he would like to see gold prices push above $1,835 an ounce, which remains a significant short-term resistance point. He said that gold has tested and failed to break this resistance level three times this year 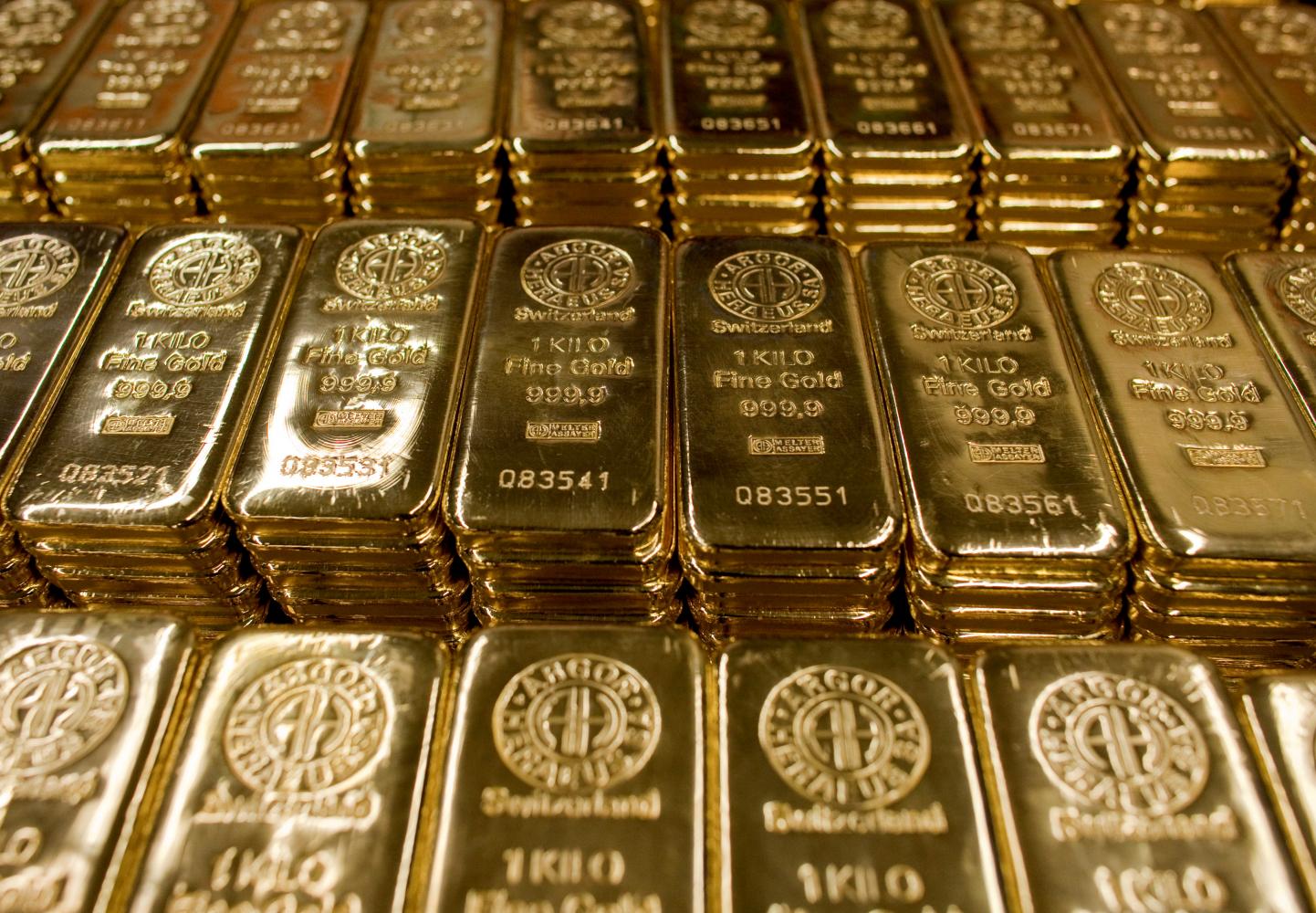 "I'm bullish on gold but still a little bit cautious," he said. "I think tapering is off the table in September and is unlikely in December, so it's more likely to come in March and that could limit gold's upside," he said.

Jim Wyckoff, senior technical analyst at Kitco.com, said that gold bulls have a clear technical advantage, and he is looking for higher prices in the near term.

Robin Bhar, independent market analyst, said that he likes gold but is neutral on the price action in the near-term. He added that the latest employment data throws a spanner into the Fed's plan to reduce its bond purchases. However, he said that tapering is not entirely off the table.

Bhar said investors should view the current price as a good entry point for a long-term tactical investment instead of looking for short-term speculative gains.

"I would hold gold for portfolio diversification, not as a speculative asset," he said. "Gold still has a place in a portfolio with equity markets at record highs."

However, not all analysts are bullish on gold in the near term. Marc Chandler, managing director Bannockburn Global Forex, said that while gold's move looks positive, he remains skeptical as the U.S. dollar stabilizes.

"The market seems to be over-extended, and I would look to fade this move that has carried the yellow metal back toward early August high," he said.